I have been struck by an apparent trait of millennials lately. On the news they keep saying that millennials often choose experiences over buying products. They would rather take a trip than buy a new set of clothes.   Now that is something I can relate to…

I have always chosen an experience over buying something. Whether it be interesting friendships or trips to spectacular or exotic places, I was always up for an adventure. That’s  why I traveled quite a bit in my 20s, 30s, and 40s. And now that I’m 60, I’m so glad I did!

I went on a number of week-long river trips in Utah and Colorado in my twenties while living in Salt Lake City. These were marvelous, relaxing and unique journeys into the rural American West.

And how can I forget that backpacking trip to Canyonlands in southern Utah at age 18, when a couple of my friends got lost, and the ranger took us on a helicopter ride over the area in search of them? How can my parents forget getting that call that I was lost, even though I hasn’t.

And then there was that crazy trip to Mayaguez, Puerto Rico to pick up a sailboat and sail it to the British Virgin Islands. Come to find out the boat was a piece of crap, and there was no way it was going to sail that far. So instead we spent a few days in Mayaguez living on the boat, sailed to San Juan, and then a friend and I flew over to Tortola for one of the best weeks of my life, enjoying pina coladas and sunsets on Cane Garden Bay! 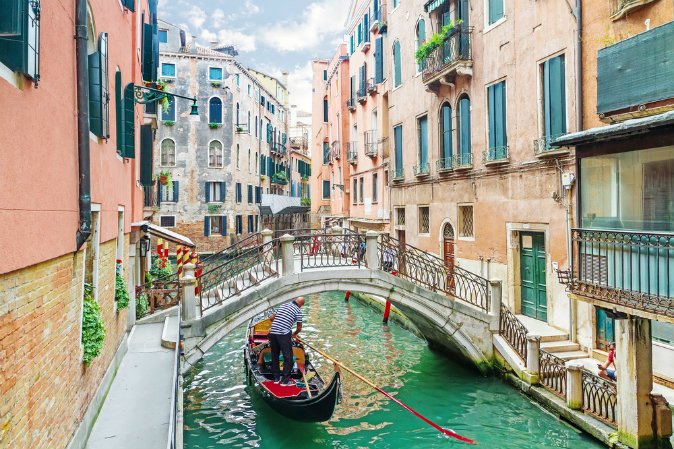 I discovered Venice on a rather ill-fated trip in the mid-1980s. I first landed in Paris to visit a friend. We traveled to Florence together, where I became quite ill with hepatitis and never left the hotel room! But then it was on to Venice. I was alone for most of my stay there, it was January, I was still sick, and yet I LOVED VENICE! I will never forget my long walks around Venice in the thick London fog, or the man next door at my cheap pension, practicing his opera piece over and over again. It was as authentic as it gets!

I have also spent over a year of my life in various countries in east Asia. Bangkok, Taipei, Hong Kong and China are familiar to me, with a million tales to tell about that fascinating part of our world.

Travel today is just not as stress-free as 30 or 40 years ago. Yes, there was the occasional hijacking back then, but in general it was cheaper, a lot easier, and much safer.

Building in December 2015 in southern Colorado

Mike (who spent most of his 20s traveling the Pacific in the Navy) and I, don’t have any major urges to travel at present. A trip right now just sounds exhausting after our recent two year struggle to move south and build this amazing solar home in one beautiful part of the country. In fact, our new home still feels like a fantastic vacation home to us!

We’re both glad we took those spontaneous trips back when it was fun and adventurous, and we look forward to exploring rural regions of the American southwest in the future.