For unknown reasons, I was flooded with Christmas memories yesterday afternoon. It started out with a sudden strong desire for one perfect cut-out Christmas cookie, and then all sorts of memories of childhood Christmases overwhelmed me.

When I was little, we always drove from Iowa to our grandparents homes in Kansas City to celebrate the holidays. My mom and my dad’s parents lived one block apart, so my family would stay at different houses, and then visit one house and then the other on Christmas Day. But when we were very small we would all sleep at Grandma Carter’s house to experience the magic of Christmas morning together.

This is how I remember it:

‘Twas the night before Christmas and my brother John and I simply could not settle down. We were supposed to be sleeping in my Grandma Carter’s big double bed, but instead were literally bouncing off the walls, trying unsuccessfully to contain our excitement about the next morning’s promised bounty. We would talk for a while and then quietly get up and peek around the doorway to see if Santa had arrived while we weren’t looking. 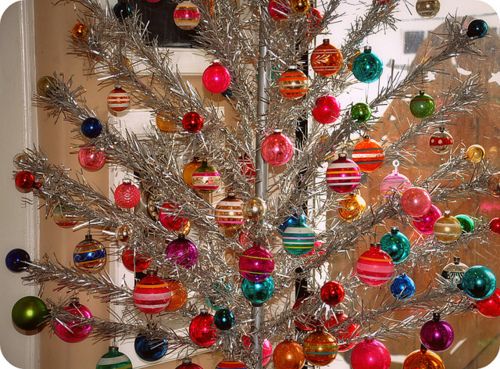 Grandma Carter’s house was an unusual place, the place where magic could be expected. Her Christmas tree wasn’t tall, but to our young eyes it was most amazing in its sparkling aluminum glory. She had an electric color wheel that lit it up, changing its color constantly!  We would sit for hours watching it slowly turn the tree from shades of blue to green to red to yellow and then back again.  At home we had plain old evergreen trees.

Normally when we visited my grandparents in Kansas City, my parents slept in the double bed in the bedroom, and we kids slept on the couch in the living room. But this was a special night, one where we were supposed to go to sleep early in grandma’s bedroom so Santa could do his work in private. My big brother John was six and I was five years old, just at the age where we were beginning to wonder about the whole Santa Claus thing. My brother was a whole year older, so he instructed me in the intricacies of how Christmas worked.

This particular year I had been talking about wanting a walking doll for months. It was almost as tall as me and if you stood behind it, you could make her walk by pushing one and then the other leg forward. Of course, there were other small things I had mentioned, and there were always underwear and socks under the tree, but my heart burned for my own walking doll. 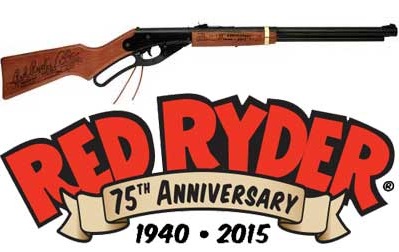 My brother wanted a Davy Crockett hat and a Daisy Red Ryder BB gun (of “You’ll shoot your eye out” fame in The Christmas Story!) more than anything in the world.

Somehow, and I don’t remember how it happened, John and I finally succumbed to the excitement of the long day before Christmas and fell asleep. No visions of sugar plums occurred, but there were definitely dreams of all the toys we wanted most.

First thing in the morning, came the sound of brother John yelling in my ear, “Get up, it’s time to open presents!” and with that the whole household began to stir. We rushed out to the tree and there was my big beautiful walking doll, too big to be wrapped! She just stood there under the tree smiling at me. I ran over, caressed her, named her Sally on the spot, and began helping her walk her around the room.

After my parents got up, John started ripping into his gifts and, sure enough, he received everything he wanted. He ran around in his coonskin cap, pretending to aim his gun at each of us. Then we hugged each other in delight, moving around the tree in a childlike dance of ecstasy.  Many decades later, the magic of that particular Christmas still lives on in my heart. So many recollections from childhood are lost forever, but this magical time of bonding remains one of the fondest memories of my young life.

8 thoughts on “Christmas Memories from 1960”