Ever since a wildfire broke out west of us on June 28th and I called 911, I feel like I’ve been riding a bucking bronco of disaster and devastation here in the foothills of southern Colorado! We were evacuated from our home the afternoon of June 29th to La Veta, where we spent one week worrying about losing everything.

Returning home on July 7th we felt only gratitude that our beautiful new solar home was saved by the valiant efforts of so many local and federal firefighters and their support staff. At one point we had 1805 federal employees including the national guard here helping to control the third worst wildfire in Colorado history. The fire ended up burning over 108,000 acres and destroyed at least 250 homes. 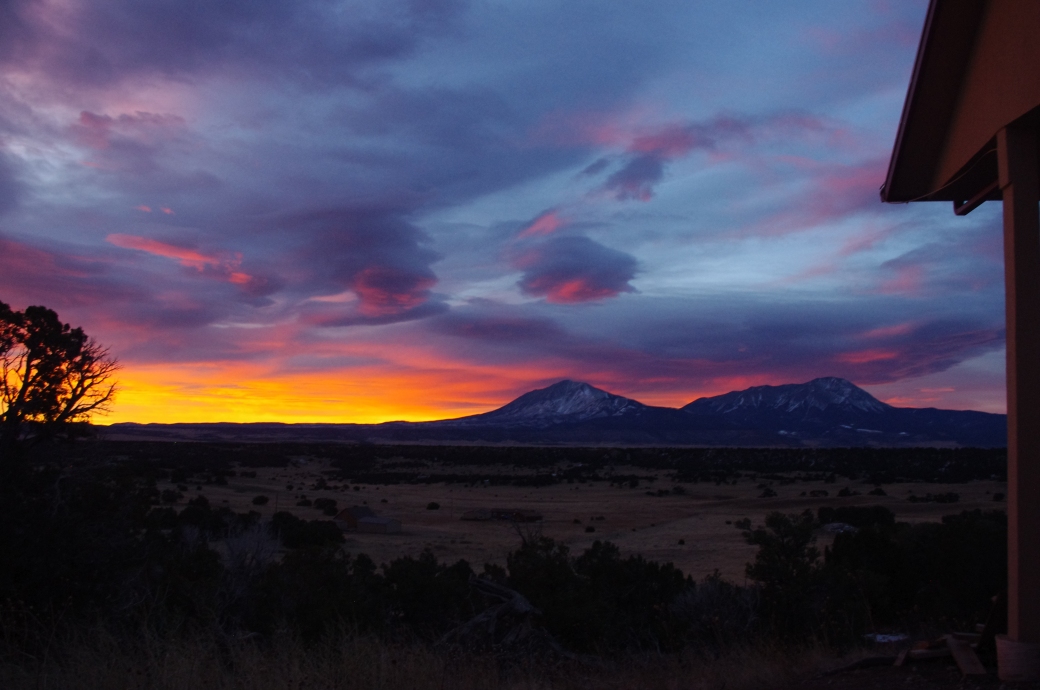 Then last night around 11 pm all hell broke loose at our house! The floods came with an amazing array of lightning and thunder. Nobody could have slept through that! It rained for over three hours and brought us as much rain as we have had in the past four months in one big fat storm! It’s feast and famine around here. I have been measuring precipitation for COCORAHS and the Weather Service for over twenty years now, and I don’t believe I have ever had 2.28 inches in one storm here in Colorado.

The Cuchara River that runs through La Veta has been bone dry for over a month now, but this morning it is running strong with black water flowing from the burned areas up around Cuchara and Pinehaven. Sure hope there were no worse mud slides or flooding up above here. I have seen rivers before full of black slurry after severe mountain fires. The water runs just like velvet.

I am unable to provide new photos on here because we still don’t have the Internet at our home! I have to run into La Veta to get online…SECOM is definitely on my shit list!

4 thoughts on “First a record-breaking Colorado wildfire and then flash flooding – Never a dull moment here this summer!”